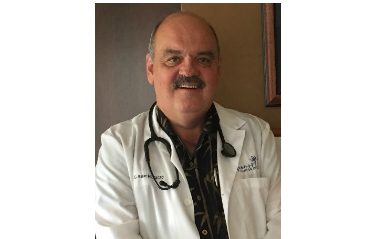 Dr. Bobby Baker founded the Pacific Cancer Institute of Maui in 1993. He is Board Certified and a diplomat of the American Board of Radiology. After completing his undergraduate work in Chemical Engineering, Dr. Baker attended Medical School at the University of Louisville in Kentucky. He began his residency in Radiation Oncology at the University of Florida in 1985 and finished training as chief residency at Temple University in 1986.  Among his accolades, he was conferred the degrees of Fellow in both the American College of Radiation Oncology and the American College of Radiology.

Dr. Baker’s data on vocal cord cancer is published in Cancer, Principles and Practices of Oncology, considered the world’s leading textbook in Oncology. He is trained and certified to use Gamma Knife Radiosurgery and has since established a Stereotactic Radiosurgery program at the Pacific Cancer Institute. His continued interest in engineering fostered the development of the Institute’s IMRT (Intensity Modulated Radiation Therapy) program. Although he is trained to treat all forms of cancer, he has special interest in tumors of the skin, brain, head and neck.

For two years, Dr. Baker served as Chief of Staff of Maui Memorial Medical Center. He is currently the president of the Cancer Institute of Maui and practices radiation oncology on a full-time basis. His desire to help non-profit agencies has prompted service on the Board of Directors of Hospice, United Way, Boy Scouts of America as well as serving as President of the American Cancer Society.